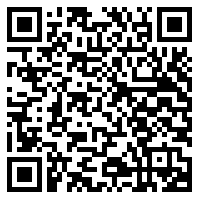 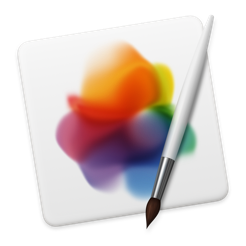 Pixelmator Pro is an incredibly powerful, beautiful, and easy to use image editor designed exclusively for Mac. With a wide range of professional-grade, nondestructive image editing tools, Pixelmator Pro lets you bring out the best in your hotos, create gorgeous compositions and designs, draw, paint, apply stunning effects, design beautiful text, and edit images in just about any way you can imagine. And thanks to its intuitive and accessible design, Pixelmator Pro is delightfully easy to use — whether you’re just starting out with image editing or you’re a seasoned pro.

New Interface
• The modern, single-window interface is designed exclusively for working with images on a Mac
• An intuitive and accessible design makes it easy for anyone to edit images — from complete beginners to design professionals

Professional Tools
• Enhance your existing images and create new ones using every image editing tool you could ever need
• Edit nondestructively, adjusting individual changes whenever you like
• Easily move, resize, and arrange objects to create stunning compositions
• Adjust the colors in images with a collection of nondestructive color adjustments
• Enjoy superior support for RAW files, editing RAW images right inside Pixelmator Pro without having to preprocess them
• Create digital or traditional paintings using a collection of handcrafted, fully-customizable, dual-texture brushes with full support for digital graphics tablets
• Combine the built-in effects in Pixelmator Pro to create any artistic or special effects you can imagine
• Nondestructively customize the look of layers in your image using layer styles
• Save the adjustment, effect, and layer style combinations your create, use them in any of your images, and share them with others
• Magically remove small imperfections or entire objects, seamlessly clone parts of your photos, lighten or darken precise areas, and more using a full set of retouching tools
• Use the reshaping tools to easily change the shape of any object or area in your images, create striking artistic effects or make subtle changes to portrait photos
• Pick out and edit precise parts of your images or copy objects from one image to another using a range of pixel-accurate selection tools
• Add high-quality, customizable vector graphics designed by the Pixelmator Team
• Create your own vector graphics using the Pen and Freeform Pen tools
• Easily design great-looking text with a full set of typography tools

Compatibility
• Open and edit images in all the most popular image formats, including JPEG, TIFF, PNG, PSD, PDF, GIF, BMP, TGA, JPG-2000
• Open and edit Photoshop images with layers
• Import HEIF images
• Launch Pixelmator Pro directly from the Photos app and save edits back to the original image in your library
• Share your images to the Photos app, Twitter, Facebook, Flickr, and other locations right from Pixelmator Pro

• After changing the size of an image (or using ML Super Resolution), the visible part of the canvas will be preserved.

• The maximum range of the Sharpen color adjustment has been extended to 100 pixels.

• Because it was prone to causing confusion, resizing images using the Bilinear algorithm will be destructive, just like the other algorithms are.

• For those of you who’d rather invert the Option-scrolling zoom direction, you can use the following Terminal command to do so:

• The Add Sketch command would create a new document rather than insert the sketch into the existing document. Fixed.

• Selecting part of an image, deleting the selected area, undoing the edits, and repeating the same steps again would result in the layer disappearing. Fixed.

• After choosing Hide Tab Bar or Hide Interface, the layout of the document title would be incorrect. Fixed.

• When using the shortcut menu in the Layers sidebar while the Pixelmator Pro window doesn’t have focus, certain commands would not work. Fixed.

• Attempting to export layers that have only numbers in their name using the Export for Web tool would cause Pixelmator Pro to quit unexpectedly. Fixed.

Have any feedback about this update or Pixelmator Pro in general? Let us know at [email protected]!