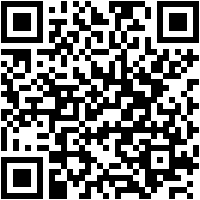 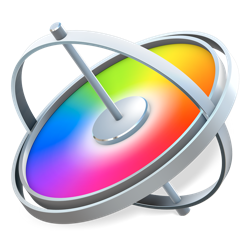 Designed for video editors, Motion 5 lets you customize Final Cut Pro titles, transitions, and effects. Or create your own dazzling animations in 2D or 3D space, with real-time results as you work.

2D and 3D Titles
• Use basic templates to get started quickly or choose cinematic templates that include beautiful backgrounds and animations
• Easily animate text by choosing from more than 200 text behaviors such as Type On
• Choose from a large collection of text styles to create stunning looks in one click
• Customize 3D titles with unique materials, lighting, and edges
• Save any title and access it directly in Final Cut Pro X

Stunning Effects
• Choose from more than 230 behaviors for natural-looking motion without programming
• Track a moving object in a video clip with the point tracking and match move feature
• Create an accurate chroma key in a single step with the Keying filter
• Apply the Linking behavior to make parameters for one object animate related objects
• Use SmoothCam to eliminate camera jitters, and image stabilization to smooth bumpy shots
• Use third-party FxPlug plug-ins with custom interfaces and dual-GPU support on Mac Pro

Effortless 3D Compositions
• Transition from 2D to 3D space by adding a camera or cameras to any 2D project
• Set up realistic shadows that animate dynamically with the movement of cameras and lights
• Turn any shape, video plane, or paint stroke into a reflective surface
• Track objects or groups of objects with the Camera Framing behavior

Introduced in Version 5.4
360 VR motion graphics
• Import 360° video and design 360° titles, generators, and effects
• Output 360° video to a connected VR headset*
• Apply 360° effects including blurs, glows, and more
• Save any 360° motion graphic and access it immediately from the effects browser in Final Cut Pro
• Share 360° video directly to YouTube, Facebook, and Vimeo
• Apply the Reorient filter to easily change the orientation of 360° video
• Create 3D scenes within a 360° project for ultra-realistic 360° environments
• Use the 360° Look Around view to preview your 360° scene without a VR headset
• Edit 360° video into a non-360° project and animate the pan, tilt, and zoom
• Place any graphic, still, or video into a 360° project, then reposition and resize to fit perfectly into the 360° scene