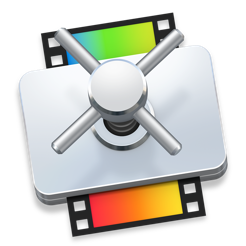 Efficient Encoding Workflow
• Work fast in a modern, single-window interface with preset Destinations for common encoding tasks
• Experiment freely with encoding options and zoom in the Viewer to watch content with true pixel accuracy
• Display and assign channels to QuickTime audio tracks prior to processing
• Set up batch processes to streamline the encoding of large numbers of files
• Build custom Destinations to combine encoding with tasks such as moving or copying files
• Create self-contained Droplets to encode on the desktop with drag-and-drop ease
• Support for Industry Standards
• Encode to a broad range of industry-standard formats, such as MPEG-2, H.264, and ProRes
• Use one-step settings for Apple devices and websites such as Vimeo, YouTube, and Facebook
• Work with a choice of themed menus to encode and burn a DVD or Blu-ray disc
• Generate files for HTTP live streaming in a single step
• Import Targa, DPX, TIFF, PSD, or PNG image sequences and encode them to any setting
• Tap into advanced encoding features for adding closed captioning, metadata, and more

Pristine Format Conversions
• Convert any file between formats — such as NTSC to PAL or SD to HD
• Clean up and customize your content using image filters, a timecode overlay, and watermarks
• Speed up video, slow it down, or adjust the frame rate to make the duration match a runtime